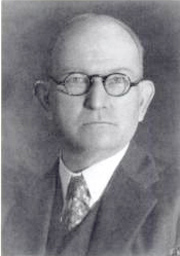 The Reverend Dr.Samuel Mills Tenney (1871 - 1939), shown, started collecting historical materials related to the Presbyterian church at the turn of the 20th century. In 1902, he discovered papers in a Houston, Texas, bookstore from the Rev. Robert Dabney.

In 1902, Rev. Tenney got the Texas Presbytery Church to create the Presbyterian Historical Society of the Synod of Texas. This group consisted of a committee and little else. The church never put the society on an adequate funding plan.

In 1925, there began a concerted effort to get the society recognized by the entire Presbyterian Church in the United States and to find it a home. That year, Tenney used a roon at the First Texarkana Bank as the repository for his collection of documents, photographs and records. 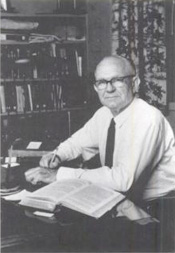 After several years of debate and discussion, the 217th General Assembly (GA) voted to close the Montreat facility for cost savings, which was completed at the end of 2006. The GA asked the Friends of the Historical Foundation, the Montreat Conference Center and Columbia Theological Seminary to create a historical presence in Montreat.

The Presbyterian Heritage Center at Montreat is that historical presence — a learning center both onsite and online highlighting Presbyterian history and Reformed heritage, the church’s tradition of worldwide mission, and the interesting role of Montreat.