Lewis Hine was an American sociology teacher and photographer. 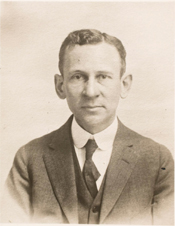 Hine used his camera as a tool for social reform. His photographs were instrumental in changing child labor laws in the United States.

Written by NCLC co-founder & Southern Secretary Rev. A. J. McKelway, the 1909 “Child Labor in the Carolinas: Account of Investigations Made in the Cotton Mills of North and South Carolina,” described 1908 trips Lewis Hine made to photograph children in cotton mills in the Carolinas, as well as visits to mills by A.E. Seddon, a Presbyterian minister, and A.H. Ulm, a journalist. Hine visited 19 mill villages and 17 mills and took 230 photographs, mostly of child employees.