It was the age of reform, when social reformers and investigative journalists, so-called “muckrakers”: 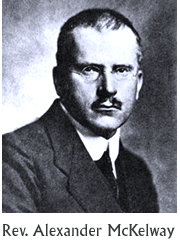 Presbyterians often led and participated in these social reform movements. These were well-known and little-known, national and local, reformers, such as Jane Addams, William Jennings Bryant, Woodrow Wilson and the Rev. Alexander Jeffrey McKelway of North Carolina.

Bradley W. Bateman noted in his book, The Social Gospel and the Progressive Era, that “The confluence of Social Gospel preaching and muckraking journalism helped to form the popular support that underpinned the early Progressive movement.”

Child labor in factories were mainly the province of state government. But in 1904, The National Child Labor Committee was created by Presbyterian Rev. Alexander J. McKelway of North Carolina and Episcopalian Priest Edgar Gardner Murphy of Alabama, with McKelway as the southern secretary. The organization campaigned for restricting child labor and increasing safety at both the state and federal levels.

On the 9th of April, 1912, the first lasting federal law in child labor reform was signed into existence by President William Taft. This law created a Bureau of Child Labor in the Department of Commerce and Labor, and was urged into being by the National Child Labor Committee. 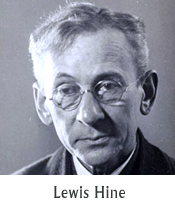 One of the most influential items of the Committee were the photographs of Lewis Hine, which are understandably well-remembered even today. However, Hine’s photographs have overshadowed the equally significant contributions of Hine’s employer, the Presbyterian minister Reverend Alexander J. McKelway.

The Secretary of the Southern Region of the National Child Labor Committee, Reverend McKelway’s work in social reform was tireless, and was one of the most important factors in putting the above law in place.

The Children’s Bureau Act was itself overshadowed by another event on the 15th, just six days later: the sinking of the RMS Titanic. Whatever press the Act had was instantly drowned by news of this new tragedy, further hiding it and McKelway from the public consciousness.